THE answer is yes and no. It depends on how you look at it and from which angle you are referring to. It’s also depending how you manage your travel plan.

But, before I continue to write further please read these comments below. You will find these comments are common and typical tourist had experienced while visiting Indonesia for various reasons.

These comments mostly negative and I think were quite genuine. I just feel sorry that they had such bad experience during their visit to Indonesia. I quoted part of the comments below:

I just visited Indonesia some time ago, to visit my friend from the university. He’s an Indonesian, so during my vacation I decided to go to Indonesia for a vacation and visit him.

I must say that Indonesia is not a country worth visiting … sorry about this, Andy if you read my posting. For starter, Jakarta is very dirty, you’ll see trash and litter everywhere you go. I just can’t imagine a capital city with this poor level of cleanliness. I was fortunate to have Andy my friend to show me around Jakarta, in which rarely tourists are shown to. Areas that you may see quite clean and sophisticated are only in the downtown area. I only remembered the streets named Sudirman, Thamrin and Kuningan that are quite representative for a capital city. Any other areas you go, you’ll feel like that you’re in some third-world country with poor people and trash everywhere (I think Indonesia is still considered a third-world?)

I was lucky I have a friend in Jakarta, otherwise I wouldn’t dare going around in public transportation. I was told to be careful when selecting cabs. I remembered there is only one company considered safe, called Blue Bird or something, with their cars painted in blue. I was told not to take just any cab since it wouldn’t be safe. I was told there are so many crimes occurred involving taxi drivers. I certainly didn’t want to take the public busses. Wait until you see them yourselves, and I bet you wouldn’t want to ride in one either. The busses are so dirty, so packed with people and the vehicles themselves look as if they’re very poorly taken care of. I couldn’t even find a decent information of which bus should I take if I would want to go somewhere, and what is the fare. Those busses have someone (or sometimes two) called “conductor” hanging around in the door, collecting money from passengers. I was terrified to see them hanging like that in the door while the bus were driving quite fast. Well, yes they have now a network of public busses called TransJakarta if I’m not mistaken, but the network was not vast enough to cover the whole city.

Not to mention the streets from hell. The traffic in Jakarta beats the hell out of any traffic I’ve ever seen in the world. (source: http://theunspunblog.com/2010/04/05/does-indonesia-suck-as-a-tourist-destination/). See also: http://www.2fortravel.com/top-5-reasons-that-indonesia-sucks/

In real life, as in anywhere in the world, it will not always be the same as written in the book. Country habit, daily life, custom, human or social interaction and so on will not be explained in depth. This is the interesting part of traveling. Social or human interactions can be unpredictable, different, vast, tricky to understand. You need to know bits and piece about this. If you are experienced traveler, you might not surprise with these issues. If you are amateur traveler, or never travel to third world country, you might shock and find every thing is so different and not as expected.

Most tourists wrongly expected that the destination country will be at least same as the country where they come from. Transportation and accommodations are easy and clean, the people are friendly, the prices are fixed as in tag no need to bargain, and facilities are standard and so on.

If you come to other country, the first thing you have to do is switched off your standards or at least lower your expectations in lots of things once you step your feet on the ground of destination country. Many simple things will annoy you if you won’t. Collecting bags, finding trolley, immigration check and else. You will find the way were handled quite differently than your country. Anything that look normal in your country, become a struggle in Indonesia. Especially if you come from developed country and come to developing country. Be ready to accept the unexpected facts and gradually changed your attitude. Study the fact how the people are dealing with situation and learn from them. This will guarantee you to blend with locals easily and will provide new perspective in seeing things. Be ready for the real adventure.

Maintaining your high standard and expectation will only drag you down and eventually will reduce your enjoyment. If your expectations are simple, you will find that actually the situation is not that bad at all. Than you will realize they are lots of things can be enjoyed. Keep your mind simple and follow the flow. Disgruntle only make everything get worsen off. Indonesian people are very proud of their country. Your high standard of expectation might offend locals without your knowledge. Comparing their country with other country is not wise thing to do. The locals enjoy their life. They are relatively happy with what they have and see. So, there must be some way how to enjoy life in here even the fact is beyond standard of your expectation.

The moment you set your mind simpler, you will learn new way of life quicker and adjust yourself to new environment much easier. Just keep in mind that most of things will be different than in your original country where you come from. Even simply say hello to unknown people are common. Indonesian likes to know western. Mostly they want to practice English or just being helpful to foreigner. Don’t get offended. You might think that they are too nosy and try to interfere with your privacy. Whenever you go, it seems they never left you be alone.

Any information relating with your traveling can’t be found easily. Map will be hard to find but there always be tourist information around the corner. The hint is you have to ask lots. That the way to live in Indonesia. Be social and ready to talk to stranger. Just do not get too friendly. Maintain as casual and formal as you can. Friendly doesn’t mean you have to be close personally. Ask question more than one person to avoid being falsely given wrong information to trap you into troubles. Ask to group of people. In that way, you will get correct information.

One more thing, don’t eat food if see or suspect that was not processed hygienically. Try to eat fresh and hot food just been cooked. Don’t eat anything raw or cold food if you are not sure how the food was handled or processed. Pay bit more expensive food in proper restaurant otherwise you will get sick. If possible, drink only from sealed bottle or something is hot boiled water.

Anywhere you go always be patient. Time is slow in Indonesia. Give yourself plenty of time outside your time frame. Time is perceived as intangible and circular in Indonesia. Not like in western country where the time is linear and almost tangible.

Have safe journey and welcome to Indonesia.*** (HBS) 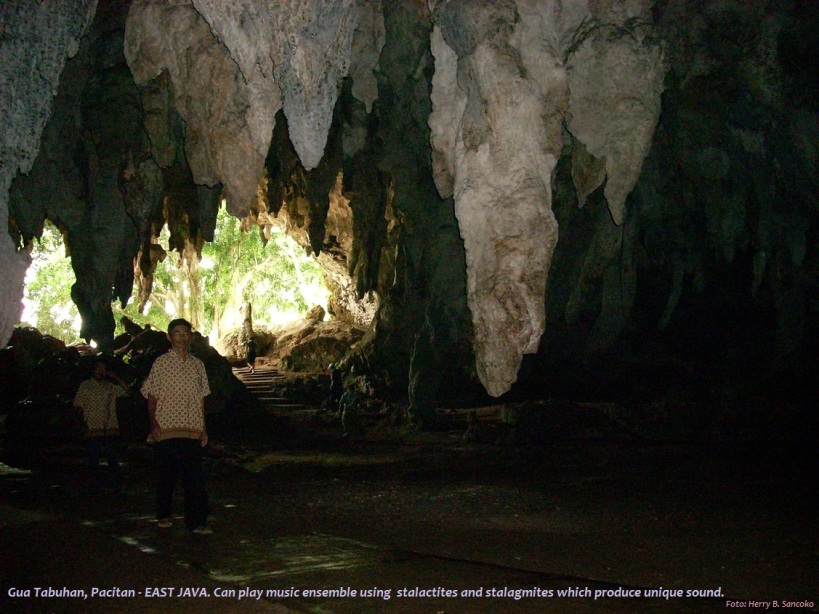